Why this is political 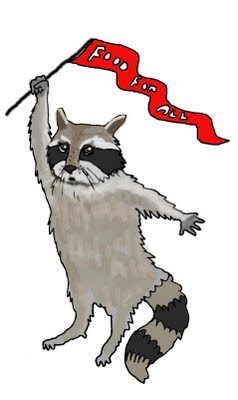 Gardening can be a super fun activity. We can grow food to feed ourself, our friends and our family. We can grow medicinal plants to treat ailments we may encounter. We can save money on fruit and veggies during the summer months. But let's not forget that this is also political.
Campus Crops seeks not only to share knowledge about urban agriculture, it also hopes to cultivate awareness about political issues that intersect with the practice of gardening. In this section, we'll be exploring the politics of land use, food security and power.
Who gets to garden? An Anti-Capitalist perspective.

It's important for Campus Crops to acknowledge the privileges it has in having land and space to grow food and feed its collective of gardeners as well as community kitchens such as The Midnight Kitchen that operates out of McGill University.

Owning or having access to any size of land in a city such as Montreal is a huge privilege. Almost every inch of the city is developed and privately owned. Land ownership is an intrinsic part of the capitalist economic system - the same system that twists and turns the food production system to make it so that some are well fed while others go hungry. Let us remind ourselves that there is indeed enough food on this planet to feed everyone - the reason folks go hungry is purely and issue of distribution.

By having access to the Campus Crops gardens, the collective of gardeners is very much in a privileged position of being the "haves" and not the "have-nots" in the present economic system.


Who then are these "have-nots"? Who does not either have access to land or to the opportunity to grow food in the city or with Campus Crops. Here we can talk about the kind of bodies that cannot operate in gardens that aren't built to accommodate folks who use wheelchairs or have any kind of mobility difficulties. Strategies can be taken to make gardens more accessible, by making higher raised beds for instance. Campus Crops hopes to build such structures in the summer of 2011 to increase accessibility to our spaces.

Who else? Well, there are those who work [many, poorly paying] full-time jobs and have families to take care of, and don't have time to garden, or those who live far away from the down-town and have a hard time getting to gardens far from their homes, or those who do not have internet connection to learn about gardening events or work sessions.

Thinking about trends about who tends to fit into the categories of "have" and "have-nots," certain patterns appear. For instance, deeply entrenched systems of power along lines of race and class make it so that the poor and the racialized either don't have land to work on, or have a hard time getting access to gardens or opportunities to grow food.

And to think that the consequence of food insecurity, patterned along racist and classist lines, means often consequences of ill health, stress and shortened life expectancies, we can start to see the violence that is ingrained into the capitalist system and the inequitable distribution of privilege and power.

Campus Crops thus acknowledges that to seek alternatives to the current imbalanced systems of food production and distribution means, necessarily, to seek the end of the root causes of power imbalances, violence and suffering. This is why Campus Crops frames its work within an anti-capitalist viewpoint.

Who's land are we on? An Anti-Colonial perspective.

The anti-capitalist critique articulated above needs to be coupled with an anti-colonial critique of land use and land ownership. Capitalism and land ownership form an important component of land colonization, and the displacement and genocide of indigenous peoples. Before the land that is now Montreal was colonized, strong, powerful communities of First Nations lived, grew food, traded, thrived.  The Kanien'kehá:ka, or Mohawk people, the most eastern members of the Iroquois Confederacy or Haudenosaunee still live in and around Montreal, namely in the community of Kahnawake.

Campus Crops is growing food on, and benefiting from, the land that was stolen from these peoples. This is problematic.

It is important for us as a collective, as gardeners, as residents of the Island of Montreal to acknowledge these dynamics of power and privilege, and to work in solidarity with the first peoples. An intrinsic part of critical food politics should be the constant critique of colonialism and white supremacy.

Recommended reading:
>>>>>
Stay tuned in the next months for new posts, and for links to good texts and resources.