Hello all you fine August-enjoying folk!

For all those who weren't able to attend the sign-making + doc-watching event on August 19th, here's a recap of what happened and some photos for good measure! 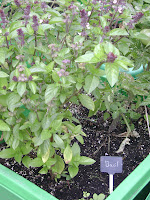 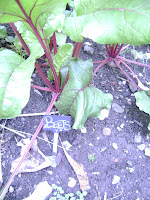 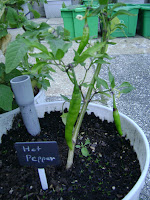 Because of some pretty ridiculously unfortunate technical issues, the screening was not held outside in the garden but in someone's apartment (the important thing being that it still happen).  However, due to the oversight of a forgetful individual (ahem...me) the documentary we intended to screen (The Global Banquet: Politics of Food) was not shown, instead, we watched an episode from CBC's The Nature of Things (narrated by David Suzuki).  The theme was changes in modern agriculture in Canada, but was actually primarily about livestock production.  The script and tone of the doc made it clear that the target audience was not anyone with any background knowledge in agriculture or the food production industry as it is today.  Somewhat of an intellectual disappointment, however, there was lots of material for us to question and critique in or discussion after the doc. 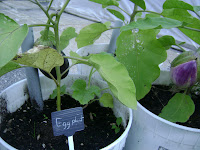 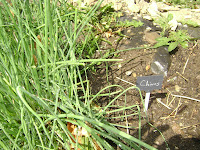 The signs were made by painting black chalkboard paint onto small little plastic garden signs, then plant names were written with greasy "China" markers (if you were ever in a Bio/Chem lab you probably would have used these).  Interesting note, the "China" markers were actually made in Mexico... 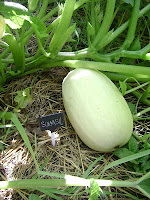 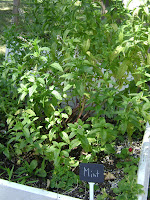 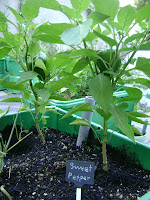 The whole night was a lot of fun (let's not forget the delllliiiccccious vegan pizza and yummy blueberry pie...mmmm).  Thanks everyone who helped organize/attended the event! 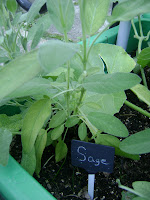 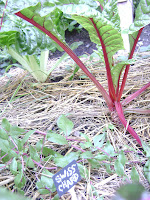 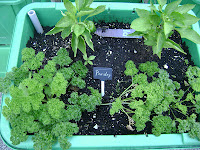 Hopefully we'll be putting on another crafts/screening event once the school year gets underway - we'll let you know! :)
Posted by CampusCrops at 3:10 PM No comments: 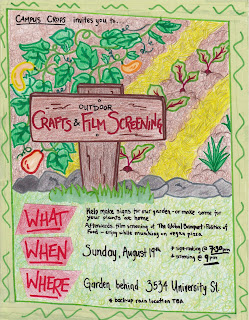 To start off, we'll be making some artsy plant signs (all materials will be provided). You can help us make some for our garden or make some for your own plants at home!

Afterwards, we're going to be screening The Global Banquet: Politics of Food in our garden. The documentary "explores the politics that threaten global food security, and demonstrates

the destructive aspects of the corporate globalization of food".

Also, we'll have some home-made vegan pizza for you to snack on, made with some of our garden-fresh veg! (Potluck items would also be greatly appreciated!)

Everyone is welcome! Feel free to drop by whenever - for one or both activities!

Hope to see you there!
Campus Crops
Facebook event
Posted by CampusCrops at 12:15 PM No comments: